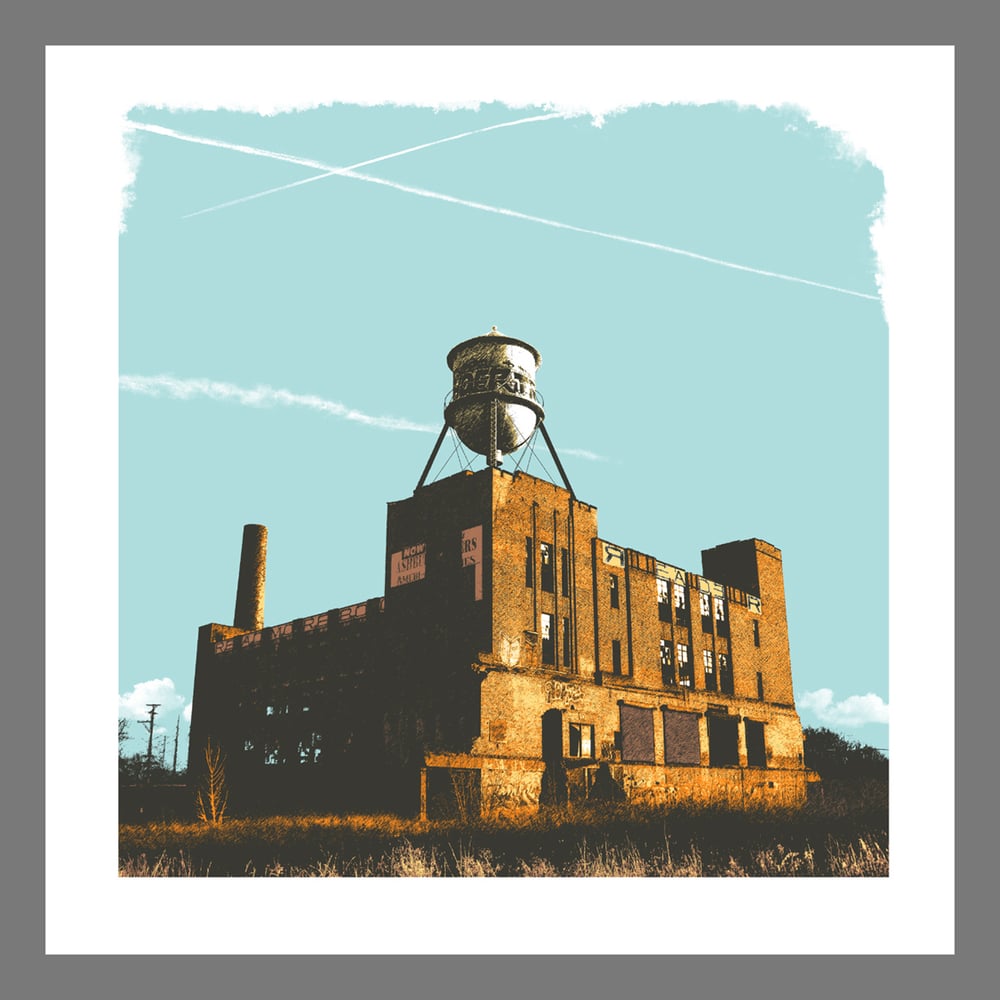 Main edition is sold out. I have a few artist proof (AP) copies available. Each print is signed & numbered.

If you've ever driven I-90 west of Cleveland, chances are you've seen this structure just south of the highway. The Joseph & Feiss Clothcraft Warehouse was built in 1921 as part of the country's largest clothing factory. The 80,000 sq. ft., four-story structure was part of a sprawling 7 acre complex that employed 2,500 people in it's heyday. The warehouse's first floor housed the design & examining departments as well as sponging rooms. The 2nd floor was used for cutting fabric from pre-made patterns and the top two floors were mainly for storage and packing of finished garments. Atop the building sits a 60,000 gallon water tank that was connected to the plant's sprinkler system.

After World War II, the company's 'Clothcraft' label was replaced by various specialty brands. In 1989, Joseph & Feiss was purchased by Hugo Boss of Germany. A few years later, Hugo Boss was restructured and looked to shed the Joseph & Feiss brands. In 1996, the J&F trademark was purchased by The Men's Wearhouse with the property not part of the deal. American-Homes of Beachwood, OH purchased the site in 1997 for redevelopment. Financial troubles soon befell the new owners and redevelopment was halted leaving the warehouse vacant and unattended. The building became shelter for the neighborhood homeless and a massive canvas for graffiti artists. In 2008, the uppermost part of the north facade was roller tagged by the artist known as Reader with his trademark phrase READ MORE BOOKS. He 'signed' his handiwork at the top of the west facade.

In 2010, the property officially known as The Joseph & Feiss Company Clothcraft Shops was placed on the United States National Register of Historic Places. In 2016, the warehouse began a long renovation and, in 2018, became the new home of Menlo Park Academy, a K-8, tuition-free gifted school.